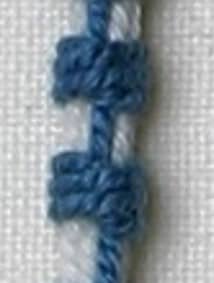 The Rambam understands the idea of Ptil as the string which winds around the others. Therefore, he requires all the twists to be of Tekhelet, except for the very first and very last. He defines a chulyah as a group of three twists. In this method, the chulyah is kept together by wrapping the string inside the chulyah. Though the Rambam doesn’t explicitly say so, generally a double knot is tied at the base where the strings touch the begged.

Note: Rambam 7 is exactly the same, but with 7 chulyot instead of 13.

8) How many divisions are made in the fringes at each corner? Not less than seven and not more than thirteen. This is the choicest mode of carrying out the precept. But if one wound the threads, to form one division only, the fringe is regarded as correctly made. And if one wound the blue thread over the greater portion of the fringes, it is correctly made. The beauty of the blue thread is manifested if all the sections that are wound take up the first third of the pendent fringes, while the remaining two thirds are loose. The threads in this part need to be separated, so that they shall be like the fringes of hair on the head. 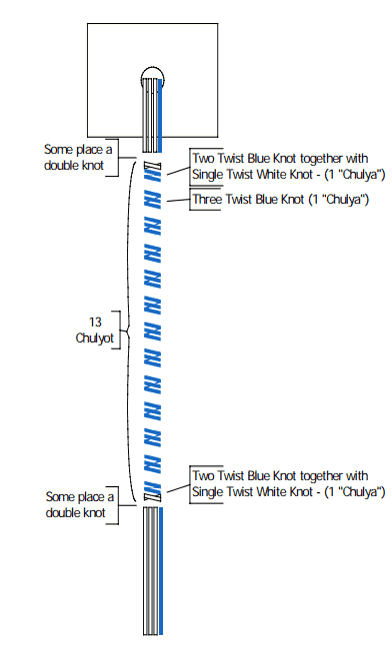