Crete (1750 BCE) – The archaeological evidence now available suggests that the origins of the purple and blue dye industry can be traced to Crete. 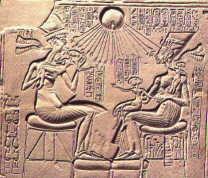 Tell-el-Amarna Tablets (1500-1300 BCE) – The phrase subatu sa takilti – a garment oftekhelet – is listed as one of the precious articles sent to Egypt by Dusratta, King of the Mittani, as dowry to the Egyptian prince who was about to marry his daughter.

Tel Shikmona Vat (circa 1200 BCE) – Chemical analysis of dye stains on an ancient vat are found to be molecularly equivalent to dye from Murex snails.

Canaanite Coast (1200-900 BCE) – The vat from Tel Shikmona, together with various other archaeological finds at numerous sites (shown at left), reveals an advanced dye industry usingMurex snails established on the Canaanite coast. 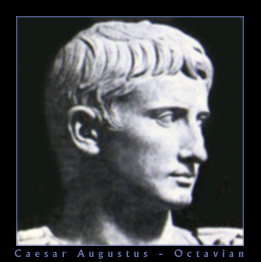 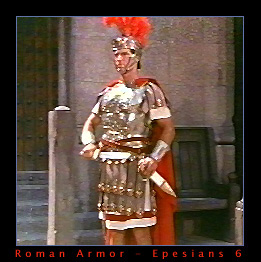 Dye Imperialization (337-383) – Under Constantius (337-362) the restrictions against the use of tekhelet were strictly enforced. An edict (383) by Gratian, Valentinian, and Theodosius made the manufacture of higher quality purple and blue a state monopoly.

The Talmud (circa 550) – The Talmud tells of tekhelet being brought from Israel to Babylon in the days of R. Ahai (506) – the last positive indication of the use of tekhelet. One can assume thattekhelet was available until the redaction of the Talmud, as no reference to its discontinuance is recorded.

Demise of Dye Industry (639) – The Arab conquest of Israel is believed to have brought an end to the snail source dyeing industry in Israel.

Early Research in Mollusk-based Dyes (1500-1685) – Guillaum Rondelet (d. 1566) was the first to identify Pliny’s purpura with the species Murex brandaris.  Fabius Columna (1616) suggests Murex trunculus as having been utilized in the ancient dyeing process. William Cole (1681) noted that a colorless fluid in the hypobranchial gland of marine mollusks (Purpura lapillus) found off the coast of Britain was converted to a red color on exposure to light, thus revealing the sensitivity of mollusk-based dye to light. 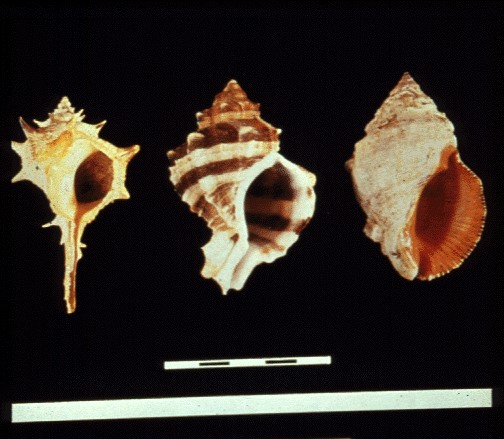 Discovery of Dye Industry – At Sidon, massive mounds (hundreds of yards long and several yards deep) of Murex trunculus snails were found.  The shells were broken in the spot that gives access to the glands from which the dyestuff is obtained.  At some distance, a separate and distinct massive mound of Murex brandaris and Thais haemastoma was found.  Since a reddish-purple dye is most readily obtainable from the Murex brandaris and Thais haemastoma as opposed to the bluish-purple obtained from the Murex trunculus, Egyptologist A. Dedekind (1898) viewed this fact as undeniable proof that Murex trunculus was the snail used exclusively for tekhelet (blue), and the others for argaman (purple); Rav Herzog concurred.

Radzyner Rebbi (Rabbi Gershon Hanoch Leiner) –- Pioneered a quest for tekheletwhich led to the isolation of a certain type of squid (Sepia officinalis) as its source.  Subsequent chemical analysis identified the dye as Prussian blue, the color of which derives from added chemicals and not from the squid itself.  This is something the Rebbi himself would not have countenanced, as he writes: the color must be exclusively from the hillazon.  The Rebbi’s three books on the subject (Sfunei Temunei Chol, Ptil Tekhelet, Ein HaTekhelet) still serve as a basis forhalakhic investigation.

Discovery of Dibromoindigo – German chemist Paul Friedlander identified the chemical structure of the purple dye from the Murex snail as being 6,6’-dibromoindigo.

Rabbinical Investigation – R. Isaac Herzog’s doctoral thesis on tekhelet named the Murex trunculus as the “most likely candidate” for the source of tekhelet – except that, by using contemporary dyeing procedures, its dye was not pure blue.

Discovery of Process to Obtain Blue Dye – Prof. Otto Elsner of the Shenkar College of Fibers in Israel discovered the secret of producing a pure blue color from the Murex trunculus snail, thus solving Herzog’s most compelling difficulty. Together with Ehud Spanier of Haifa University, he investigated the photo-chemical properties of the trunculus dye and found that when the dye is in a reduced state (a prerequisite for dyeing wool), exposure to ultra-violet light will transform the blue-purple colorant (dibromoindigo) to unadulterated blue (indigo). 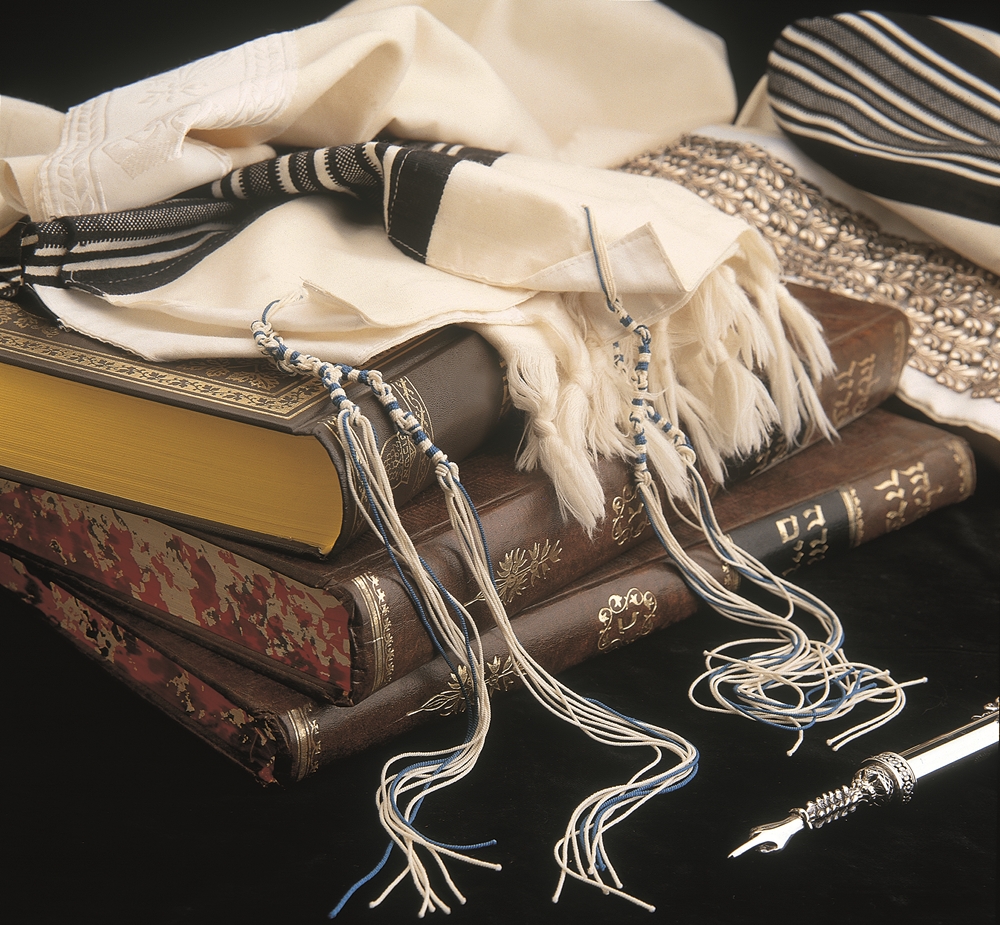 Rabbi Eliyahu Tavger – While writing his book (K’lil Tekhelet)  about tzitzit, R. Tavger became convinced that the source of authentic tekhelet had been in fact discovered.  Determined to actualize his newfound knowledge, and after much trial and error, he succeeded in applying the process according to the halakha from beginning to end – thus becoming the first person since its loss to dye tekhelet for the ritual purpose of tzitzit. 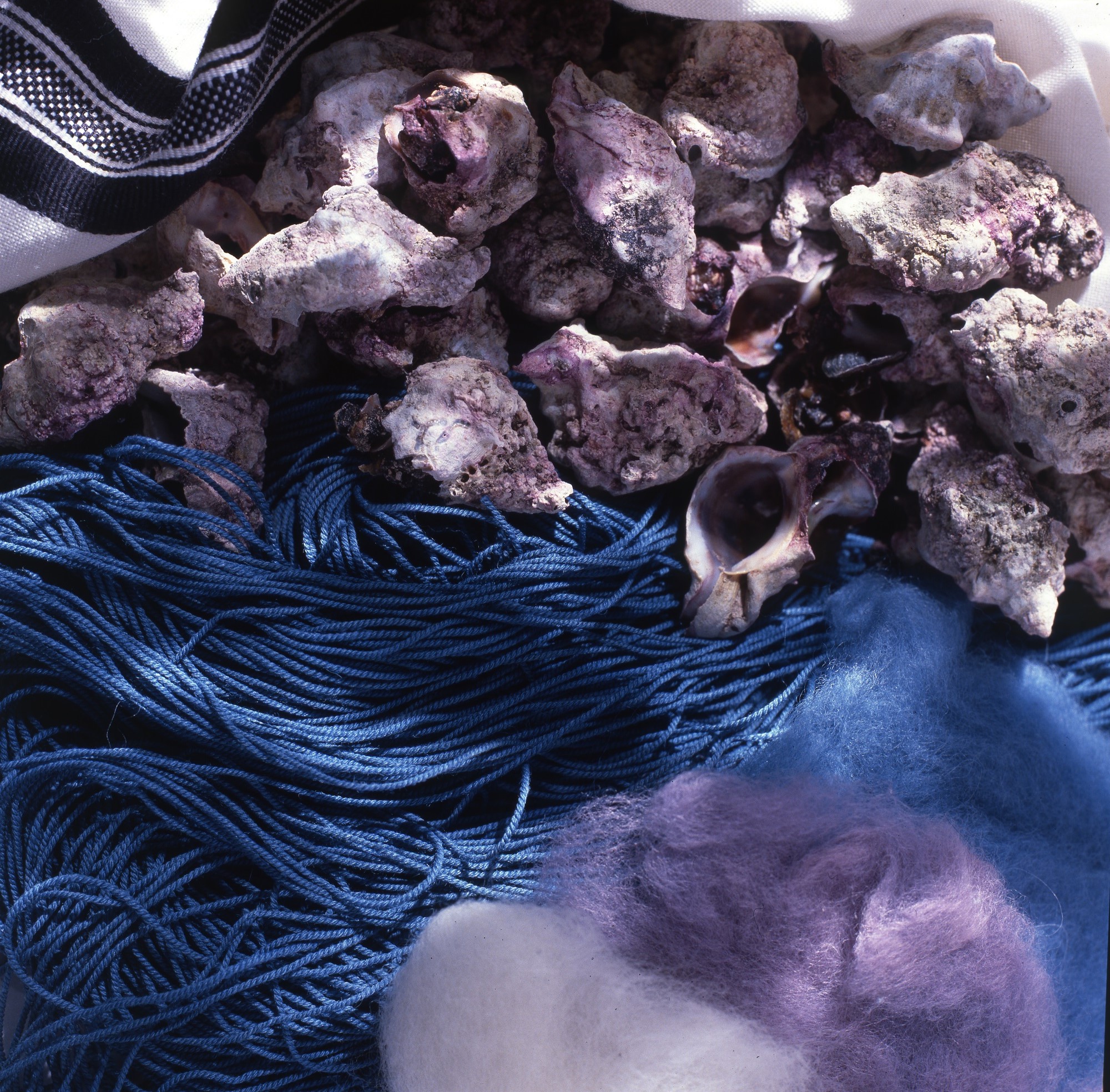 P’til Tekhelet – Together with R. Tavger, the P’til Tekhelet organization was formed to produce and distribute tekhelet strings, as well as to promote research and educational projects.