The Ptil Tekhelet Organization has long set education as its foremost goal and as such is dedicated to teaching the public at large about the fascinating subject of tekhelet.  To this end we have established this “Speakers Bureau” wherein you can arrange a lecture, workshop, discussion session, factory or beach tour.

Speakers are available in English, Hebrew and Russian.  For more information about speaking engagements or to request a speaker email either contact:  [email protected] or contact the speaker directly by his personal email. 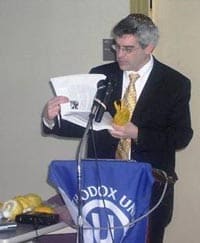 Dr. Greenspan is a co-founder of the Ptil Tekhelet Association. He is a US trained dentist, with a practice in Jerusalem. He is a mohel, shochet and sofer, and has worked for more than 20 years collecting Jewish traditions and mesorot from far flung Jewish communities. He has lectured around the world for dental groups and for many synagogues and Jewish Schools. Ari lives in Efrat, Israel with his wife, Shari, and their three children.

Tekhelet, Halachic Archeology, Halachic Adventuring, Mesorah of Exotic Kosher Animals, Search for the Perfect Etrog, History of Matzah. His writings can be accessed at: http://halachicadventures.com/ 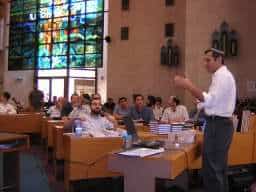 Joel Guberman is co-founder and director of the Ptil Tekhelet Association.  Joel was responsible for taking the initiative to organize the Ptil Tekhelet Foundation for the purpose of educating Am Yisrael about the newfound candidate for tekhelet as well as making the dye widely available to all interested in acquiring it for the fulfillment of the lost mitzvah.  He is the driving force of the organization.

Joel has over 15 years of experience as a pediatric occupational therapist, working with special-needs children. During his fellowship at ATID (Academy for Torah Initiatives and Directions), Joel focused on improving Jewish family learning and dynamics, and studied in the Hebrew University family therapy program. Since moving to Maaleh Adumim in 1991, Joel has been a political activist supporting the settlements and Jerusalem.

Joel lives in Maaleh Adumim, Israel with his wife Nomi and their ten children. 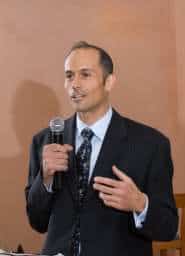 Mois Navon is a member of the Ptil Tekhelet Associationwhere he lectures extensively on the topic of tekhelet, manages the association’s question and answer forum both halachically and technically, and writes numerous articles on the subject. In addition he has published articles on Jewish topics in The Torah u-Madda Journal, Jewish Thought, Jewish Bible Quarterly, B’Ohr HaTorah, Alei Etzion, and Chidushei Torah. He also maintains an outreach class on Jewish Thought, and gives talks in parshanut.  His writings can be accessed at: www.divreinavon.com.

As a Computer Design Engineer whose professional experience in research and development of digital hardware spans over 20 years, Mois has worked for notable companies such as IBM, NASA’s JPL, and News Corporation’s NDS. He is currently developing image-processing ASICs for Mobileye Vision Technologies to improve automotive safety.  Mois has several patents pending in the field of image processing and computing hardware. 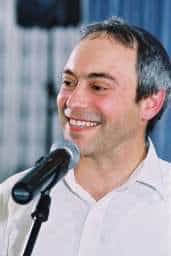 Baruch Sterman is co-founder of the Ptil Tekhelet Association. Baruch received his doctorate in Physics from the Hebrew University in Jerusalem, where he developed a CO2 laser used for both medical and industrial purposes.   He received his Masters in Electrical Engineering from Columbia University. For the past fifteen years, Baruch has been a leading executive in the High-Tech sector in Israel, specializing in the fields of telecommunications and computer security. He holds several patents in optics and voice technology.

Baruch was instrumental in developing the modern techniques for dyeing tekhelet used by the Ptil Tekhelet Association today. These techniques take into account the halakhic, as well as the physical and chemical requirements needed for mass production. He has published numerous articles on the scientific and halakhic aspects of Tekhelet, and writes extensively on the topic of Science and Torah in general. His articles can be found at www.baruchsterman.com.

Baruch lives in Efrat, Israel with his wife Judy and their seven children. 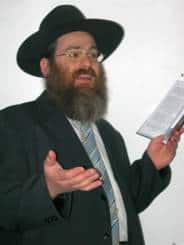 Shlomoh Taitelbaum studied in Ner Israel Rabbinical College in Baltimore and Yeshivas Toras Moshe in Jerusalem. He spent the better part of three years researching the halachic acceptability of identifying and re-instituting the mitzvah of tekhelet – culminating in his work “Lulaot Tekhelet” which is heralded as a major breakthrough into the Chareidi community. His lectures and shiurim on the subject focus primarily on the theoretical and Talmudic aspects of the re-identification of the coveted dye. He presently lives in Neve Yaakov, Jerusalem. 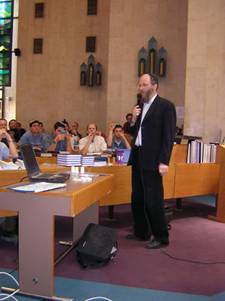 Rav Tavger is the Rabbinical advisor of the Ptil Tekhelet Association. His involvement with tekhelet began in his kollel studies during which time he published his first work on tekhelet in the Journal Moria, with the blessing of HaRav Hagaon Shmuel Auerbach S”hlita. Further in-depth research of the subject led to the publication of his seminal work “Klil Tekhelet”. In 1988, his research culminated in the first ever dyeing of tekhelet for the mitzvah of tzitzit from the Murex trunculus since its disappearance 1300 years prior. Rav Tavger then joined the founders of Ptil Tekhelet to become the organization’s guiding light.

In addition to his efforts with the Ptil Tekhelet Organization, Rav Tavger has been teaching in Moscow in Yeshivat Torat Chaim founded by HaRav Hagaon Moshe Soloveitchik ZT”L and currently under the auspices of HaRav Hagaon Aharon Leib Steinman S”hlita.  Rav Tavger resides in Kiryat Sefer with his wife Miriam and their eleven children.