Ptil Tekhelet provides genuine Tekhelet strings so Jews can once again fulfill the mitzvah of wearing Tekhelet on their Tzitzit.

About 1300 years ago, the secrets of Tekhelet, this wondrous blue color and the identity of the mysterious sea creature  – the Chillazon – that produced the dye was lost. Over the past half-century, a convergence of research and discoveries by Rabbis, scientists, archaeologists, and others has led to the conclusive identification of the sea-snail, Murex trunculus, as the authentic source of Tekhelet.

Find out more about the mitzvah of Tekhelet and its meaning, how Tekhelet is made and the history of its loss and rediscovery in our time

Ordering Tekhelet is simple with our online store. A large selection of pre-tied garments, strings, books and educational material

Get answers as how to choose from the different string types and tying methods, what size Tallit or Tzitzit is best for you and more 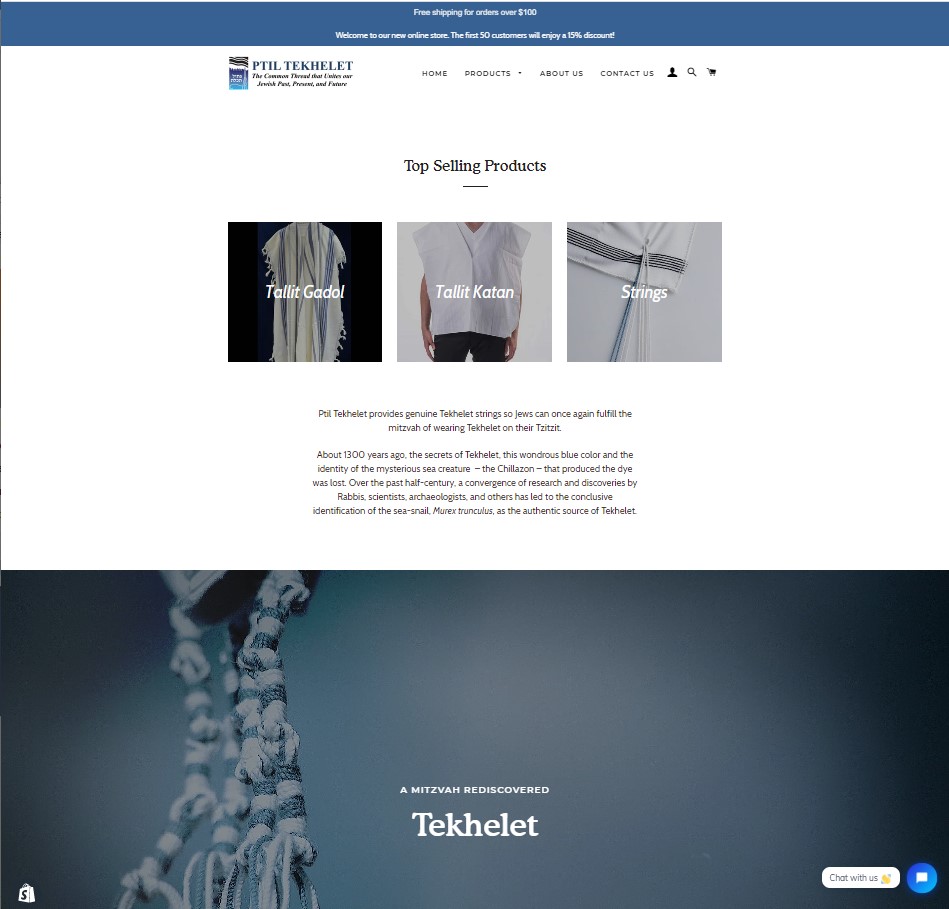 Purchasing Tekhelet is no easy task - let's be honest, it's complicated! Years of experience together with your feedback has resulted in an all new online shopping experience that will help make your next Tekhelet purchase easier.
Check out our new Online Store. As part of the launch, the first 50 customers will enjoy a 15% discount on all items. Let us know what you think!

Israel Presents America with a Flag made of Tekhelet

Israeli Prime Minister Binyamin Netanyahu presented US Secretary of State Mike Pompeo with a unique gift on his recent visit to Israel: a beautifully framed Israeli flag whose blue stripes and Star of David were dyed with authentic Tekhelet.

We at Ptil Tekhelet are honored to have created this special gift which so beautifully brings together the past and present of the Jewish people.

The gift highlights the strong and everlasting bond between the two countries.

Once every seven years, daf yomi learners reach the 4th chapter of Menachot, which includes the largest Talmudic concentration of laws pertaining to Tzitzit and Tekhelet. Ptil Tekhelet has collected various articles, shiurim and other resources to aid those interested in understanding the Talmud’s discussion.

Techeiles – It’s Not All Black and White 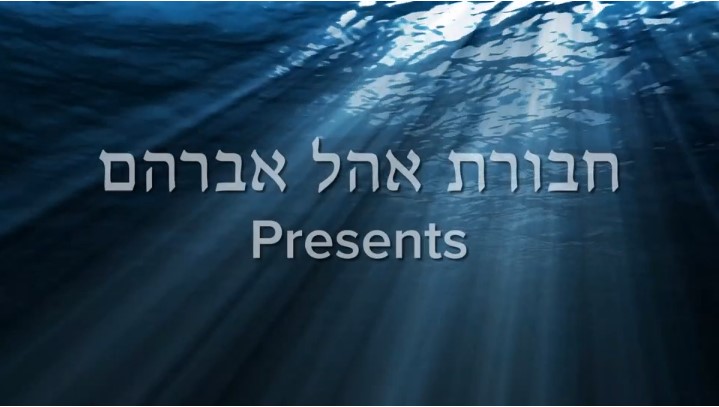 To Date, More Than 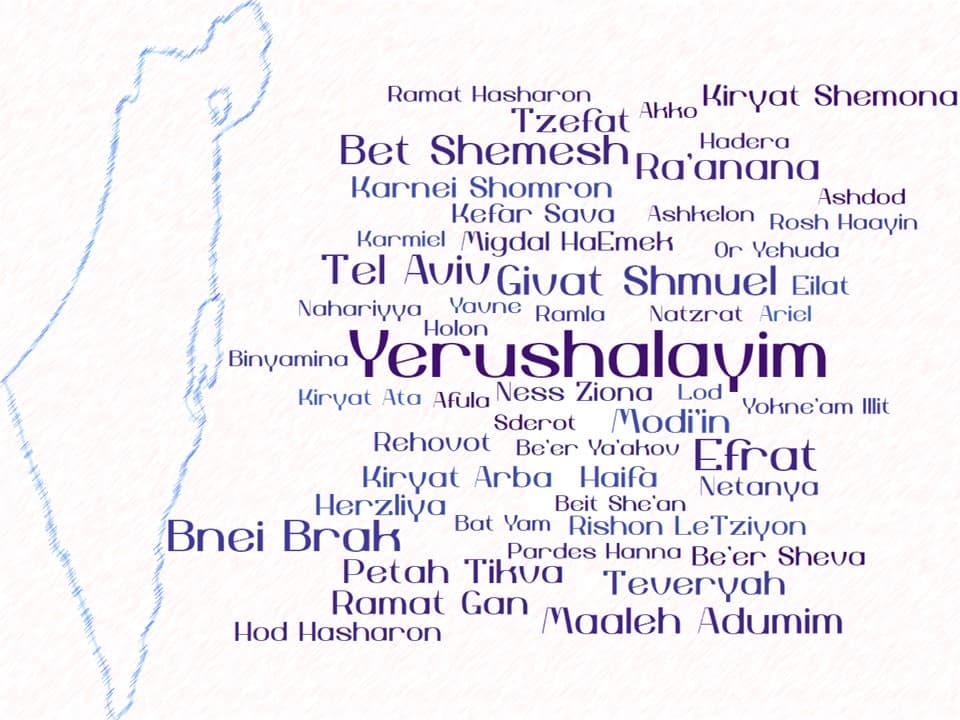 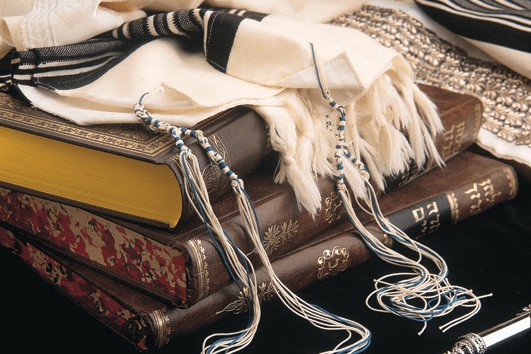 Keep up with news and interesting thoughts relating to Tekhelet. 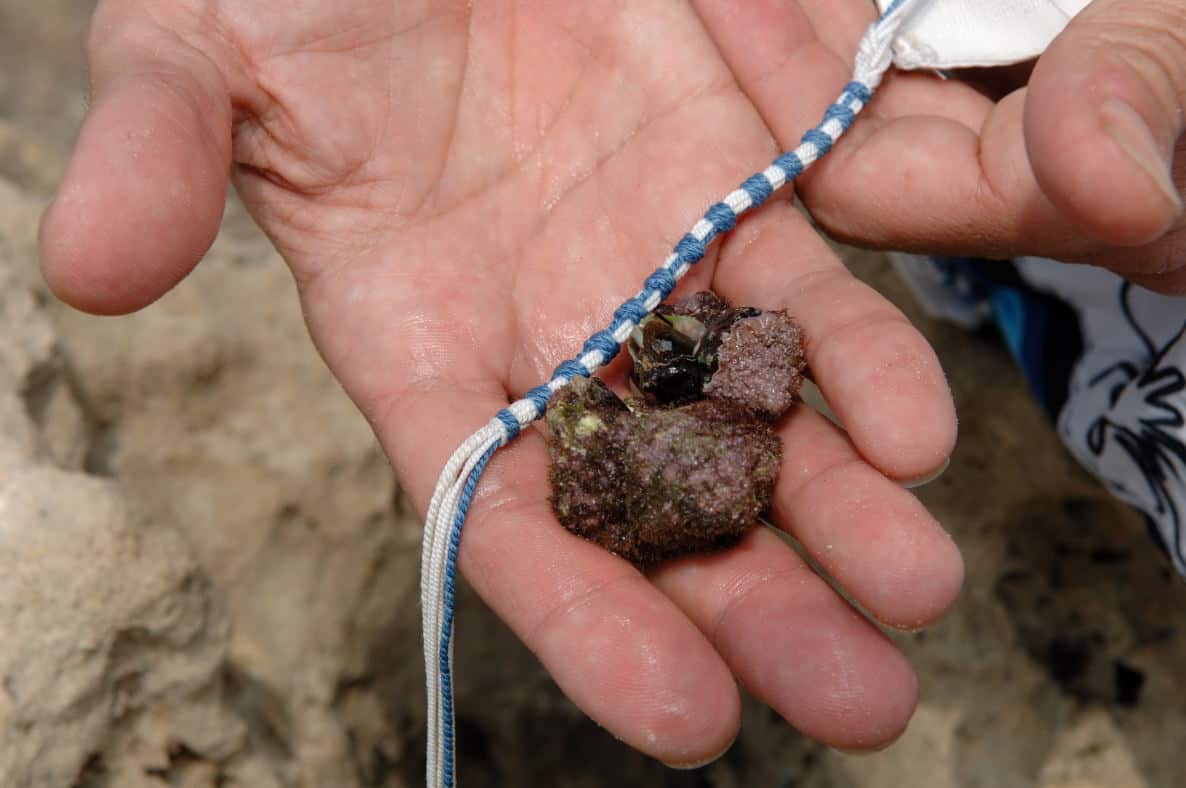 Find a store near you that sells Ptil Tekhelet strings. Get help from someone local who can tie the strings onto tallit or tzitzit. 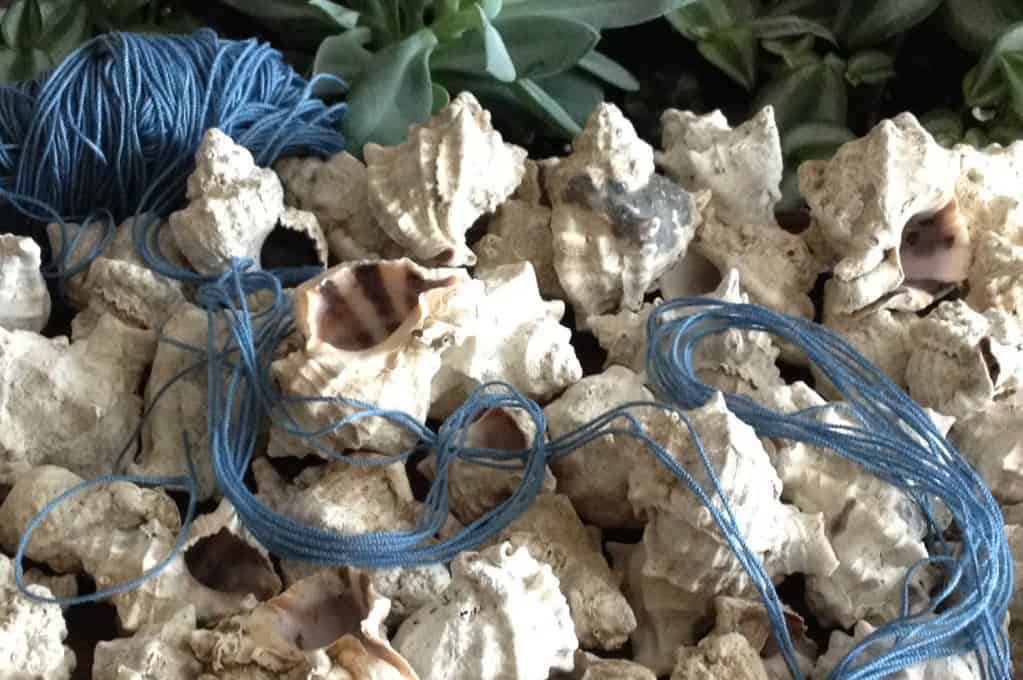 How is Tekhelet Made

Watch a short video showing the process of making Tekhelet from shearing of the sheep, the collection of the snails, extracting the dye glands and dyeing the wool, through the spinning and plying of the wool into strings to be tied onto tallit. 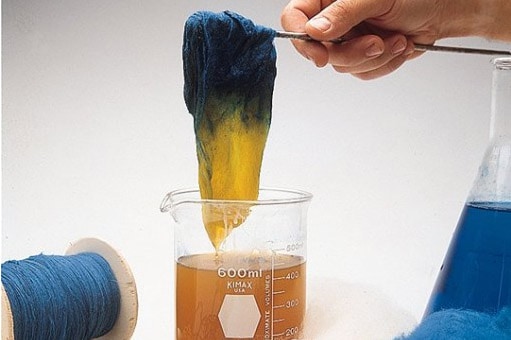 Tekhelet in Your Community

Ptil Tekhelet runs workshops for schools, lectures, Scholars in Residence, Virtual lecture, and a host of other programs. Bring these fascinating programs to your community. 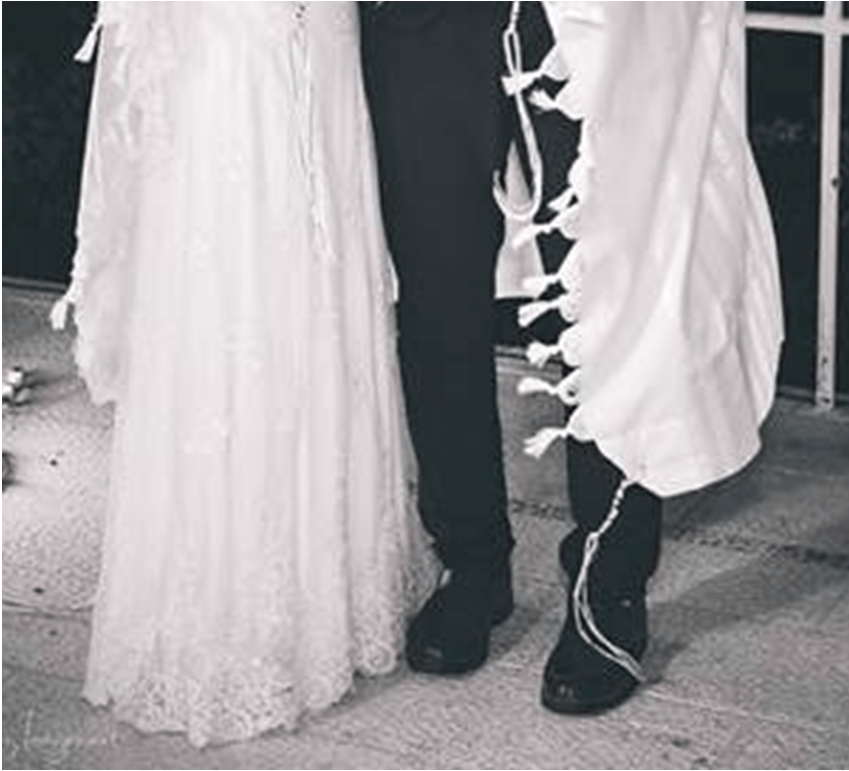 Tekhelet in Your Life

From the first set of tzitzit a child puts on, through Bar Mitzvah, to the Tallit under the wedding chupah, Tekhelet accompanies the major events in the Jewish life cycle. Ptil Tekhelet has special offers to help make it part of yours. 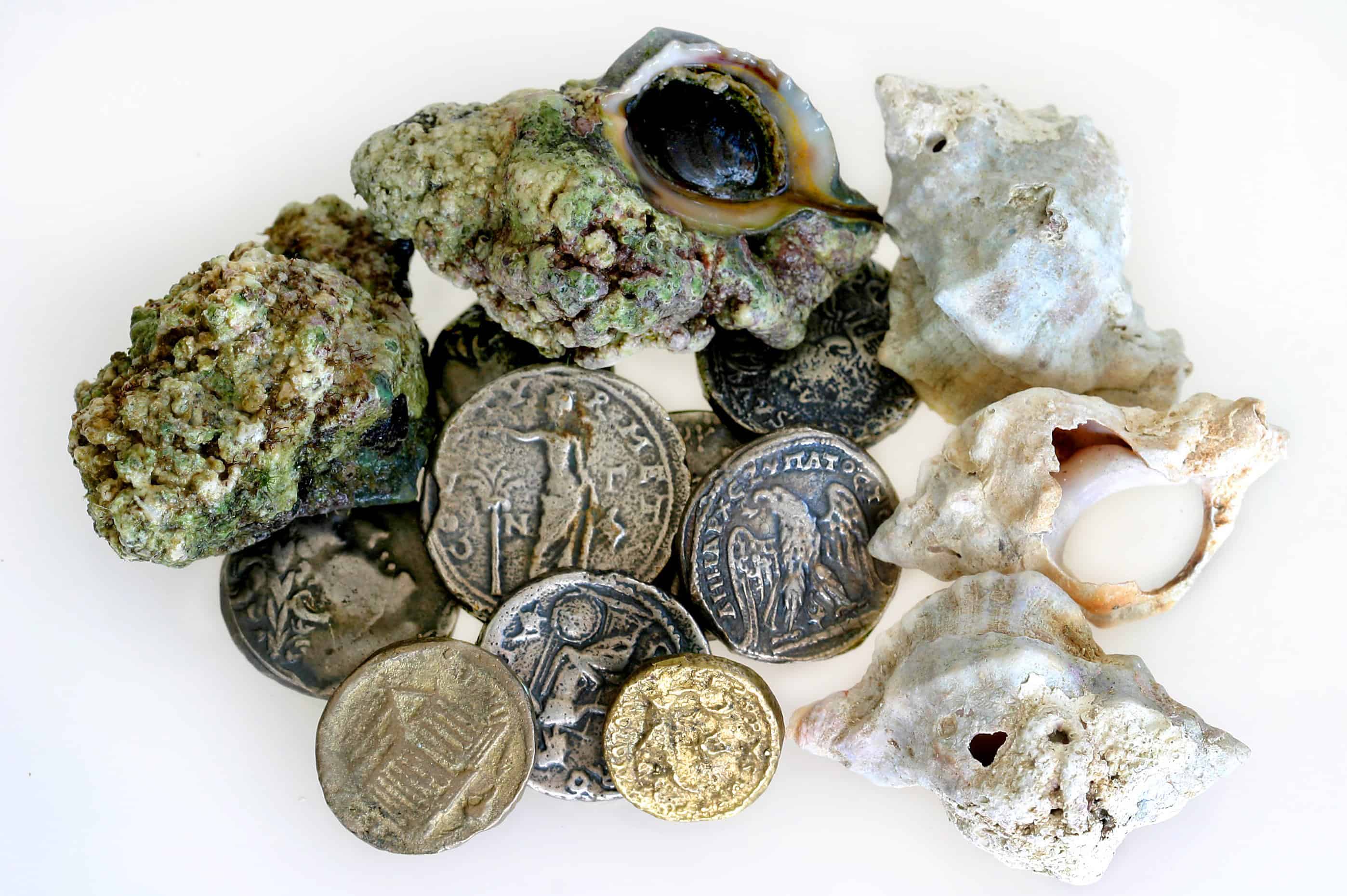 Educators, Rabbis, and others can make use of a vast array of educational materials including presentations, worksheets, videos, and more — targeted to various ages and background.